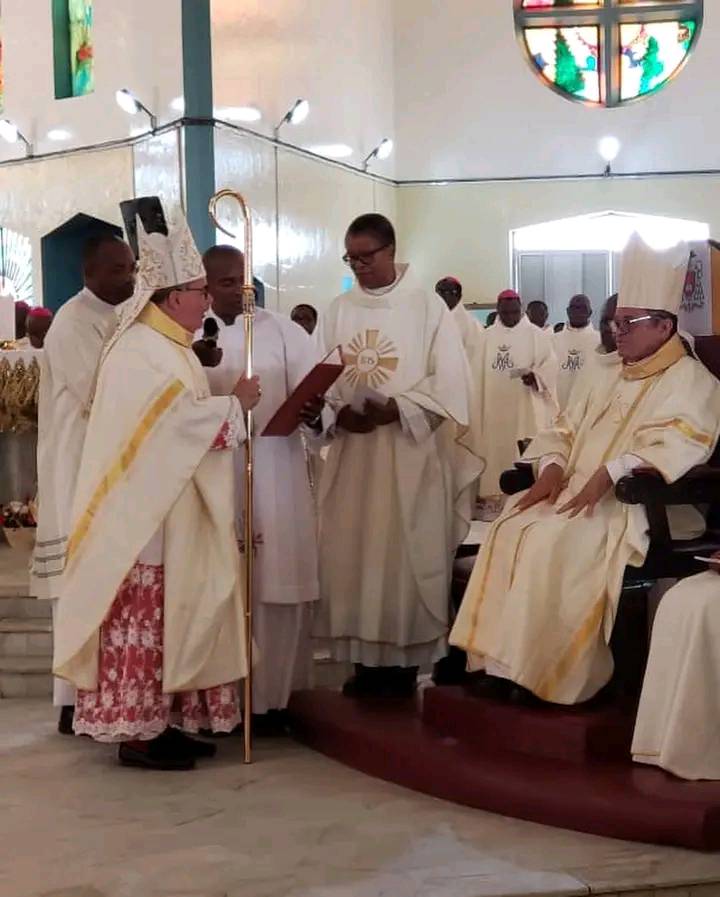 Most Revd (Dr) Lucius Iwejuru Ugorji was installed the Archbishop of Owerri Archdiocese by the Apostolic Nuncio to Nigeria, Most Reverend Antonio Guido Filipazzi on June 23, 2022, in Maria Assumpta Cathedral, Owerri, Imo State. The ceremony is...

coming following the appointment of the then-Bishop of  Umuahia Diocese by His Holiness, Pope Francis which was announced during the plenary of the Catholic Bishops Conference of Nigeria (CBCN) in March 2022.

The Papal Knight of St. Sylvester, Senator Dr. Victor Umeh OFR, described the new Archbishop as a seasoned cleric who has performed credibly in the past thirty-two years of his Episcopacy as Bishop of Umuahia Diocese and thus, will not be learning on his new position as Archbishop of Owerri. He prayed for God's continued blessings and guidance for him as he continues to shepherd the flocks under his care.

With this installation, His Lordship, Lucius Ugorji replaces Archbishop Anthony l Obinna who has been in that position since March 26 1994.

His Lordship, Most Revd (Dr) Lucius Iwejuru Ugorji The then Bishop of Umuohia Diocese, Imo state now the Archbishop of Owerri Archdiocese

Help us touch a life by supporting one of our Causes.

Come September 22, 2022, the Board, Management, and staff of the Catholic Caritas Foundation of Nigeria (CCFN), will mark in a special way Caritas Nigeria Day.

With the upsurge witnessed in the turnout of people for the ongoing Continous Voter Registration in the Federal Capital Territory, there is fresh hope for a lot of those yet to register following...

Most Revd (Dr) Lucius Iwejuru Ugorji was installed the Archbishop of Owerri Archdiocese by the Apostolic Nuncio to Nigeria, Most Reverend Antonio Guido Filipazzi on June 23, 2022, in Maria Assumpta...

Friday June 24, 2022 marked the solemnity of the Secred Heart of Jesus and World day of prayer for the Sanctification of Priests. The Deputy Executive Secretary of Caritas Nigeria, Very Revd Fr....

Submission of the Simplified Electoral Act 2022

Tuesday, April 12, 2022, marked a historic day for Caritas Nigeria/JDPC and the Church in Nigeria when a team of six led by Caritas Nigeria Good Governance Focal Person, Sir Mark Asu-Obi,...