Success Stories
Family Tracing and Reunification of an Unaccompanied Child...

Success Stories
Training of extension workers yields a harvest of...

Two brothers in Ogoja, Cross River state who came down with leg sores have were saved from leg amputation through the intervention of Caritas Nigeria.

The two brothers – Stephan, aged 10 and Marcel, aged 13 had noticed sores on their legs early in January 2020. Within a few weeks, the sores had gotten so bad that flies swarmed all over them and they had to limp around. They were told by the school authorities to stop coming to school. When their mother, eventually took them to a traditional healer’s for treatment, she was told that they have been ‘posioned’.

When CARITAS got wind of the case, the children were visited and, after ascertaining that their limbs were in danger, they were taken to Luksana Hospital Ogoja, where it was the doctor confirmed that they have Buruli Ulcer. They were admitted into the hospital to undergo intensive care and supervision, considering that the sores could be contagious. They spent two months in the hospital.

“I didn’t know the children were carrying something that was medically curable,” said their 27-year-old mother.

“Thank you, CARITAS. You saved the life of my children. I was thinking the sores would eat off their legs and make life for us unbearable.”

Today, both lads are discharged and are set to return to school after conditions are safe again. Even more gladdening is the news that they still have their legs. 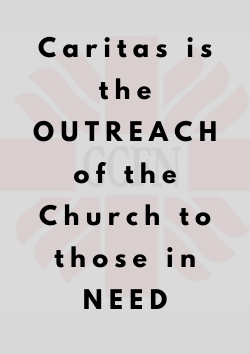 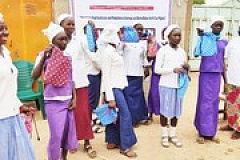 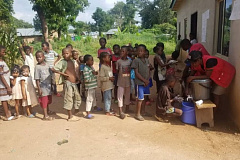 Caritas Nigeria Protection team was in Adagom, Ogoja, on October 2, 2020 to assist…